Bankers can vastly reduce the downside of closing dinners and other deal toy deadlines by guarding against these 5 common pitfalls.

What happened to one analyst’s deal toys —deal toys that were supposed to be given out at a closing dinner that very night—-was more than a little scary.

Maybe an even better word, as you’ll soon discover, might be “chilling”.

And you know the feeling…

The deal toys absolutely must be delivered in time for your closing dinner/lunch/client event—or whatever make-or-break deadline you’ve been given.

And they still haven’t arrived.

Are they still going to be there in time? And if they aren’t, what’re you going to do?

These are questions you really want to avoid—and avoiding questions like these is precisely why you should also avoid entrusting your order to fledgling, unproven deal toy companies.

What else can you do? 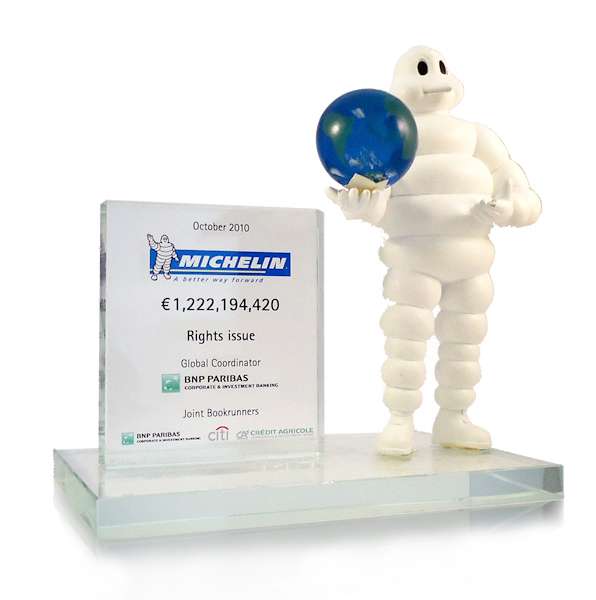 A great deal toy—assuming it makes it to and, especially, FROM your event intact.

1. Having Fragile Deal Toys Sent to Your Dinner/Event

Certain deal toys should never be sent to a closing dinner or event.

This applies to some crystal tombstones, but can also apply to any design—in Lucite, resin, pewter, wood etc.—with fragile components.

Many bankers only recognize part of the issue here: the real problem isn’t so much getting fragile deal toys to the event unbroken and intact.

More often, the real issue is getting the tombstones from the event intact.

There are a few immutable laws of human nature. One appears to be that, handed a gift box–even with all due warnings about how fragile the contents are and how the recipient really should hold off on opening it—most people are going to open the box then and there. Even if it’s only to confirm that there’s something inside.

You can obviously see the problem: an already fragile piece gets hastily re-packed, and dragged into a taxi or rammed into luggage.

Ask yourself whether you really want to be running a repair shop days, weeks, and even months after the closing dinner.

And do yourself a favor: if the design is at all susceptible to breakage, have only one piece sent to the dinner—and that strictly for display. Have the remaining pieces sent directly to each individual’s office, with the original packing intact. 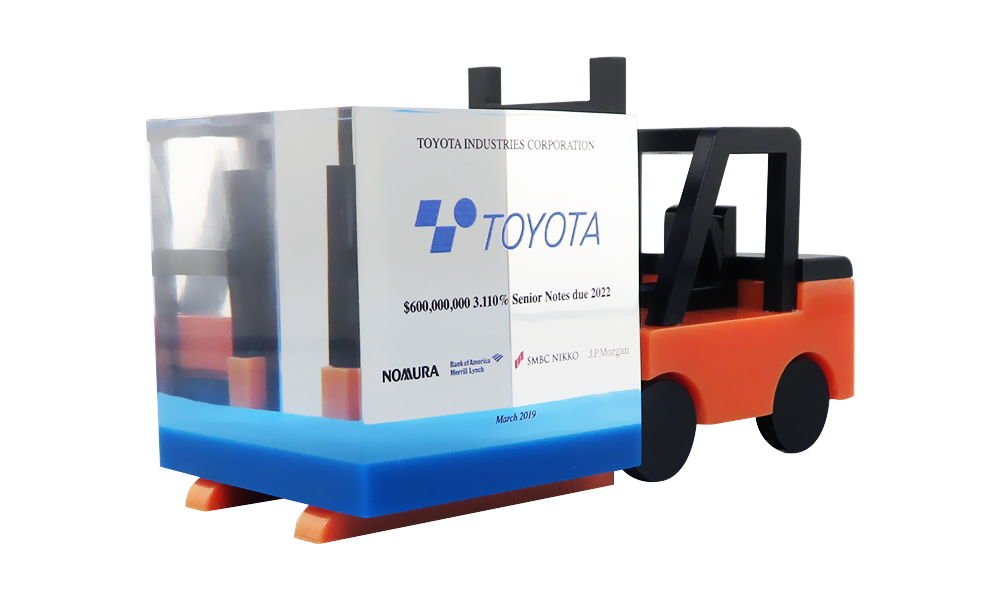 Don’t make the mistake of shipping more pieces to the dinner site than you’ll need.

Having pieces shipped unnecessarily to a closing dinner or event—often by overnight or rush service—is an all too common mistake.

Before giving blanket shipping instructions, really consider whether it’s worth having those pieces earmarked for members of your deal team sent to the event—especially since they’ll most likely just be carrying them back to the office.

It might be far more cost-efficient—and result in fewer headaches to you in the form of having to replace pieces lost before, during or after the event—to have pieces designated for internal recipients sent directly to your office; that way you can also take advantage of cheaper, less urgent shipping rates. 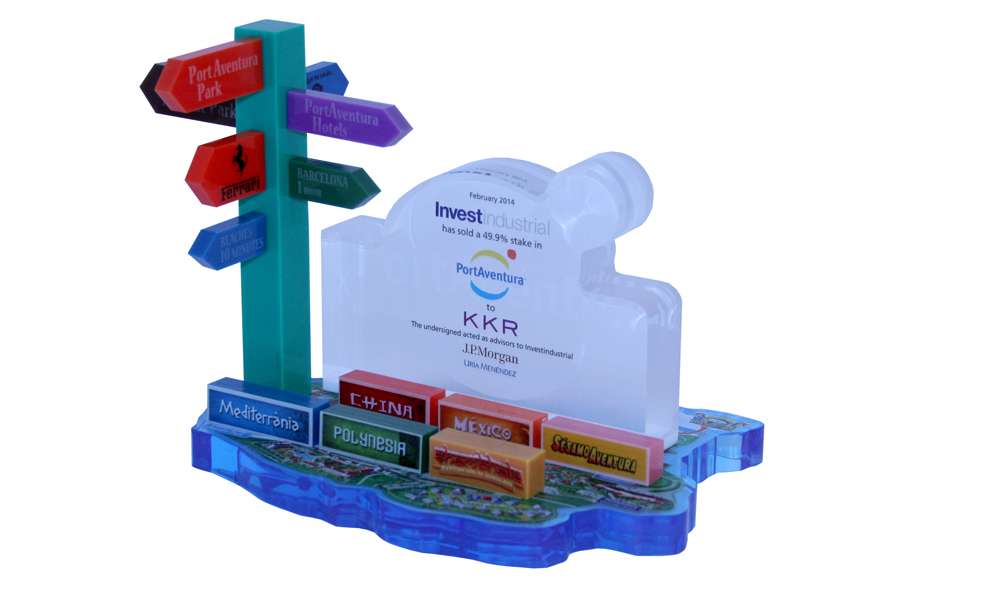 Logistical oversights can cause analysts needless headaches in getting deal toys to a closing dinner or event.

3. Failing to Disclose the Location of Your Closing Dinner/Event

Yes, this sounds like a pretty moronic oversight at first, but it does happen and can cause real problems.

As always, your deal toy company should have nailed down the logistics fairly early on in the process; but if they didn’t—or plans changed or were simply just shared with you—you should be alert to a couple of potential problems.

There are at least two ways that not communicating the precise venue typically results in complications, if not outright disaster.

You’ve asked to have the tombstones or awards shipped to your office in London, New York, Chicago etc.

But the function is actually being held somewhere outside the city or metropolitan area. ….

What if it turns out the pieces are scheduled to be delivered to you by 5:00 in the afternoon on the day of the event?

Can you get them to the suburban restaurant in time—in rush-hour traffic? Yes, there’s always Uber, but do you really need to put yourself–not to mention your team—through this kind of anxiety?

Unbeknownst to your deal toy company (or maybe even you), the pieces being sent to your office are actually going to be shipped–or taken by hand—somewhere else.

This can result in a whole host of potential problems.

If they’re being taken by plane, is someone planning to take them as carry-on? This ordinarily wouldn’t be an issue if the pieces were small ones, but with even reasonably sized tombstones requiring standard packing taking as few a 5 pieces on board will most likely be a challenge.

Alternatively, are they planning to check the pieces as baggage?

Beyond the cost issue, you now have to worry about the pieces being properly packed—especially if someone in your office intends to pull out the pieces earmarked for internal recipients and simply “repack” the remaining pieces on their own. Too often we’ve seen this kind of delivery hand-off result in damaged pieces and unnecessary anguish.

And keep in mind as well that we haven’t even gotten into all the possible weather-related complications associated with either of these scenarios, or any possible customs delays (and costs) where international travel is involved. Make sure you ferret out the ultimate destination of the deal toys and, whenever possible, let your vendor ship directly. 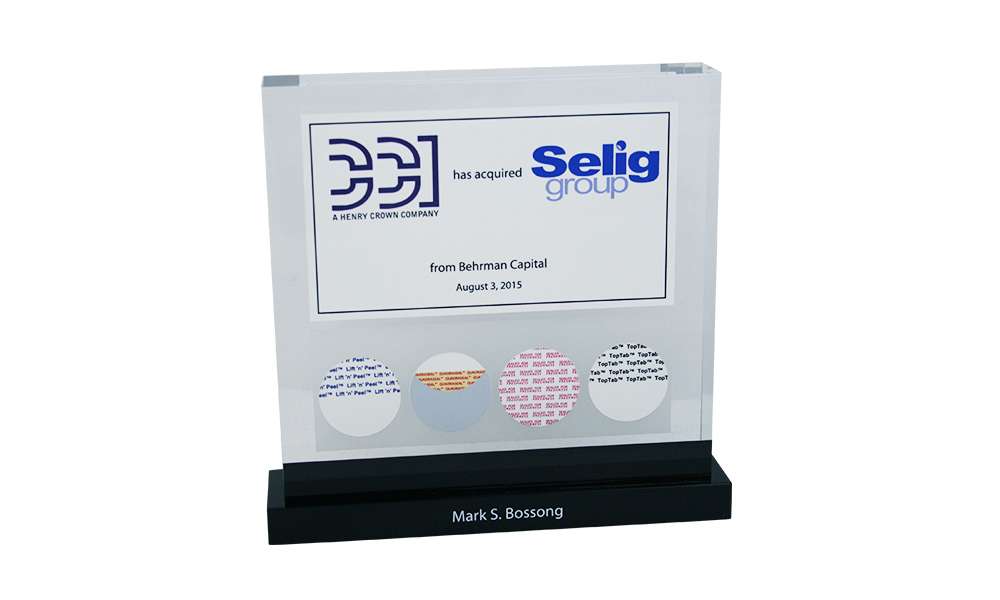 Personalization can add cachet to deal toys–that is, assuming the recipient gets the right one.

This caution only applies to orders in which pieces have been personalized with the names of individual recipients.

This is again a detail that a good deal toy company should be alert to, but be sure to take the extra minute to confirm that each box will be labeled with the recipient’s name.

The last thing you need to be doing at a closing dinner or event is rifling through boxes frantically trying to match up pieces with individual recipients—especially if the order involves tombstones difficult or time-consuming to re-pack. 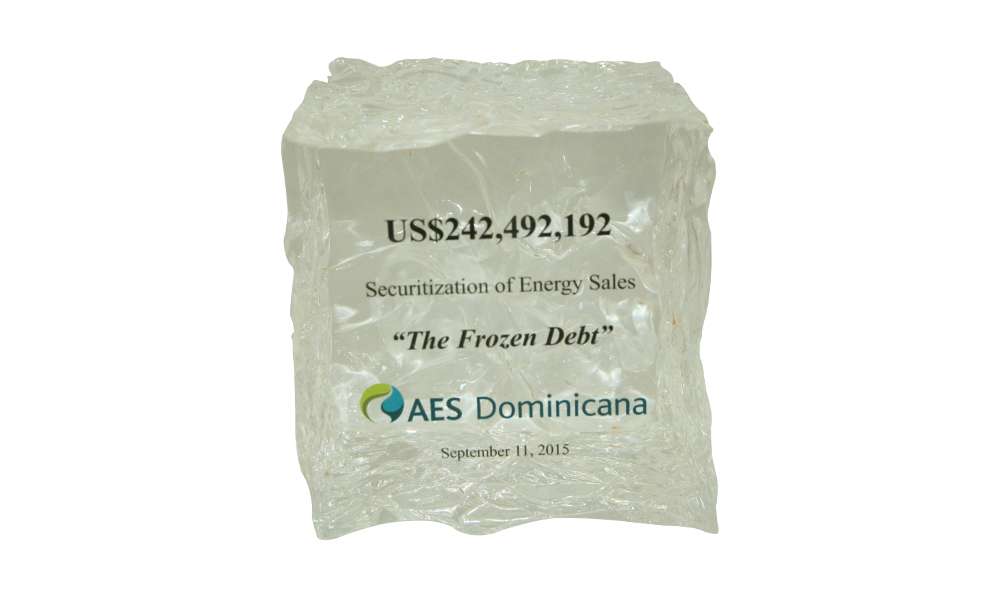 The fate of one analyst’s deal toys should make you shiver.

5. Not Sharing a Contact Name for The Closing Event

This is a story that dates back many years ago, but it should live on as a cautionary tale for the ages.

We had received a desperate call from an analyst when his deal toys failed to show up before his closing dinner.

We proceeded to confirm—and then repeatedly reconfirm—delivery of the pieces to the restaurant. We were even able to provide a signature.

The deal toys were still nowhere to be found. …So that night the bankers on-hand, and more importantly the bank’s clients got…..nothing.

After about a week of torment for the still shell-shocked analyst and still more frantic make-good efforts on our part, we received a sheepish call from the restaurant.

The deal toys had been found.

As we had insisted all along, they had in fact been dutifully delivered to the restaurant in time…and had just as dutifully been signed for and promptly stowed away—straight into a walk-in freezer. Deep, deep into the walk-in freezer.

Lesson learned. If you’re not asked directly to provide one, be sure that you take the initiative and give your tombstone company a specific event contact at the hotel, resort, or restaurant.

That individual should then be given a heads-up to be on the lookout for X number of boxes to be delivered by a particular carrier by a certain time.

As with the other cautions outlined here, doing so can only help prevent the kind of crisis that every analyst dreads.

David Parry is Director of Digital Strategy at The Corporate Presence.