Since Jack Dorsey sent the inaugural tweet above on March 21, 2006, among other things, Twitter has, developed a global user base of over 230 million, achieved a market capitalization of approximately $35 billion, helped fuel political uprisings in several countries, given rise to both a Library of Congress archive and a sitcom, helped shape a presidential election—and, finally, produced two noteworthy deal toys.

At The Corporate Presence we’re happy to have designed both of those deal toys—each marking a significant growth step, not only in Twitter’s history, but in that of both global business and media.

The first deal toy (shown here) from 2011 commemorates the investment by JP Morgan Chase in a fund with a significant stake in Twitter. 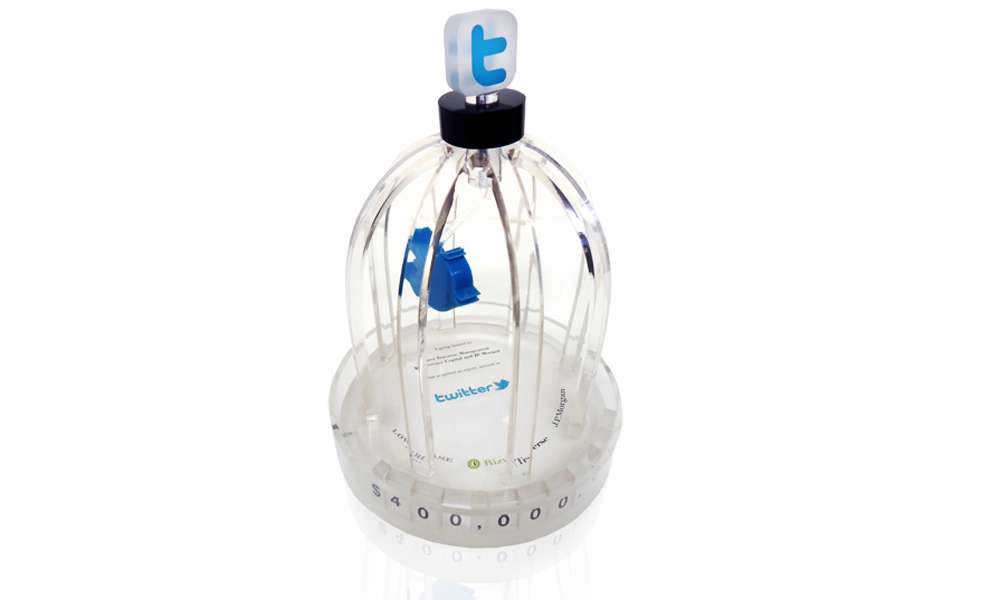 The more recent deal toy, also shown here, celebrates the initial public offering, the second largest internet IPO by an American company, surpassed only by that of Facebook (The Facebook IPO deal toy was also designed by The Corporate Presence, as was the Google IPO deal toy, marking the third-largest transaction on this list).

David Parry is the Director of Digital Strategy at The Corporate Presence.

Related:
The Google IPO Deal Toy: Celebrating the 10-Year Anniversary
Featured Deal Toy: The Facebook IPO
The Lucite That Marks The “Most Profitable Deal in History”