Sports deal toys have long been used to commemorate transactions in creative and memorable ways. They also suggest the many reasons for choosing custom sports awards over the same clichéd trophies.

This was the 2009 post-game challenge famously and indignantly put to then Stanford coach Jim Harbaugh by then University of Southern California football coach Pete Carroll.

Carroll had been prompted by the (seemingly justified) suspicion that the victorious Harbaugh had deliberately run up the score on his Trojans. For its part, Stanford would cite USC’s infliction of similar past indignities at its expense.

No matter. Far be it from us to choose sides between two longstanding, and valued customers of The Corporate Presence (see, for instance, this USC Alumni Association award and this Stanford custom athletic award).

Stanford would later honor Carroll’s question by appropriating it as a tagline for pitching 2010 season tickets. And with Pete Carroll now leading his Seahawks to a second-straight Super Bowl, we’d like to do the same. We’ll be co-opting it instead to promote not only sports deal toys, but custom sports awards as well. 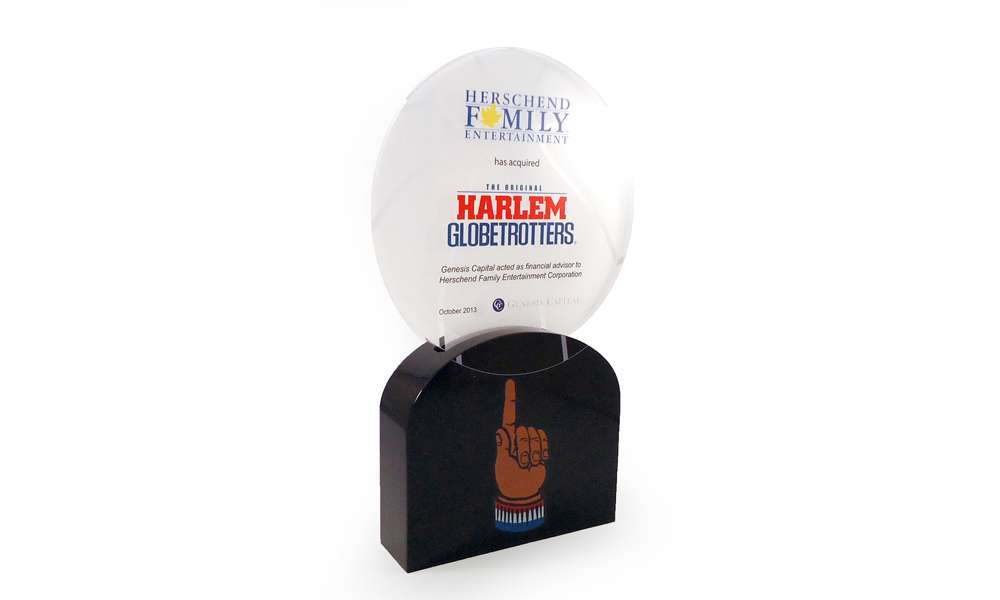 In its 35-year history, The Corporate Presence has amassed a substantial portfolio of sports deal toys. Among the many transactions we have commemorated are ones involving the Dallas Cowboys, the New York Yankees, the Boston Celtics, the Denver Broncos, the Minnesota Wild, the New York Knicks, the New York Rangers—to name just a few— as well as venues such Madison Square Garden, Comerica Park, and  Sports Authority Field at Mile High. More recently we have designed and manufactured the Sacramento Kings sale commemorative.

All of this should only serve to underscore our second point: that the possibilities for customization shown in these deal toys should make many colleges and universities reconsider the same tired, generic sports some continue to hand out.

A good number of college and university teams have already taken that step. Aside from the added resonance that custom sports awards have for recipients, customization also allows more precise tailoring for budgets and quantities. We’ve shown here just one example—designed for CAL, Berkeley—of a relatively simple, but meaningfully customized sports award.

So, What’s Your Deal?

So what exactly is your deal?

Does it involve the acquisition of a pro franchise? The sale of minority interests? The financing of a sports venue? The financing, as we’ve actually commemorated, of an entire league?

Whatever the case, we’re ready to provide you with a host of creative options.

And if you’re in the market for sports awards—or are an alum whose school or former team is or will be—make sure you (or they) give us a call.